On Tuesday 19th April, The Royal Navy visited the school to deliver an interactive Master Chef style lesson to a S2 Home Economics class.  The class was divided into teams and they had to work together to create a main course which was Lasagne and a dessert course which was Chocolate Brownie.  The class had a set time to complete their dishes and the Royal Navy Team then did a taste test to select the winning team.  The winners were Tyler, Alex, Ethan, Tom and Cameron.

The pupils really enjoyed the lesson and worked really well together in their teams.  The Royal Navy team commented that they class did really well and although the task was to create these 2 dishes in their teams, the pupils had to utilise communication, leadership and team working skills throughout the task in order to complete it.  The Royal Navy Catering Services Team also provided some career insight to their roles in the Navy and their own personal pathway since leaving school which provided some good discussion points.

Well done to the class and the overall winners of the cooking competition, the smell of chocolate brownies from the Home Economics kitchen was delightful. 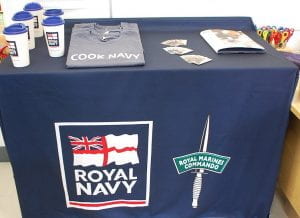 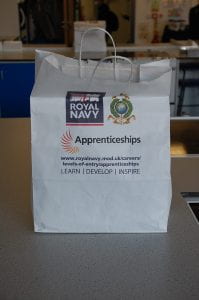 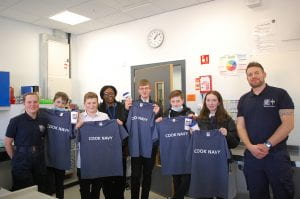