As announced earlier today, due to the planned industrial action taking place on Thursday 8th December, the school will be closed to all pupils.  As a result and with great sadness, our Christmas Showcase event which is due to take place on the same day, will be postponed until next term.

The majority of our concert programme can be performed in any season and therefore much of what the pupils have been preparing will be performed on the rescheduled date.  Our orchestra have been invited to join with the Inverurie Concert Band for their concert on Sunday 11th December at 3pm in Thainstone Mart.  This event is already being supported by Alford Academy Pipe Band and promises to be an excellent afternoon.  Orchestra members who would like to play at this concert should let Mr Trueman know on Monday 5th December so that further details can be shared.  Tickets for the Thainstone concert can be booked via the Inverurie Concert Band website: https://www.inverurieconcertband.co.uk/

Details of the rescheduled concert will be shared in next term. 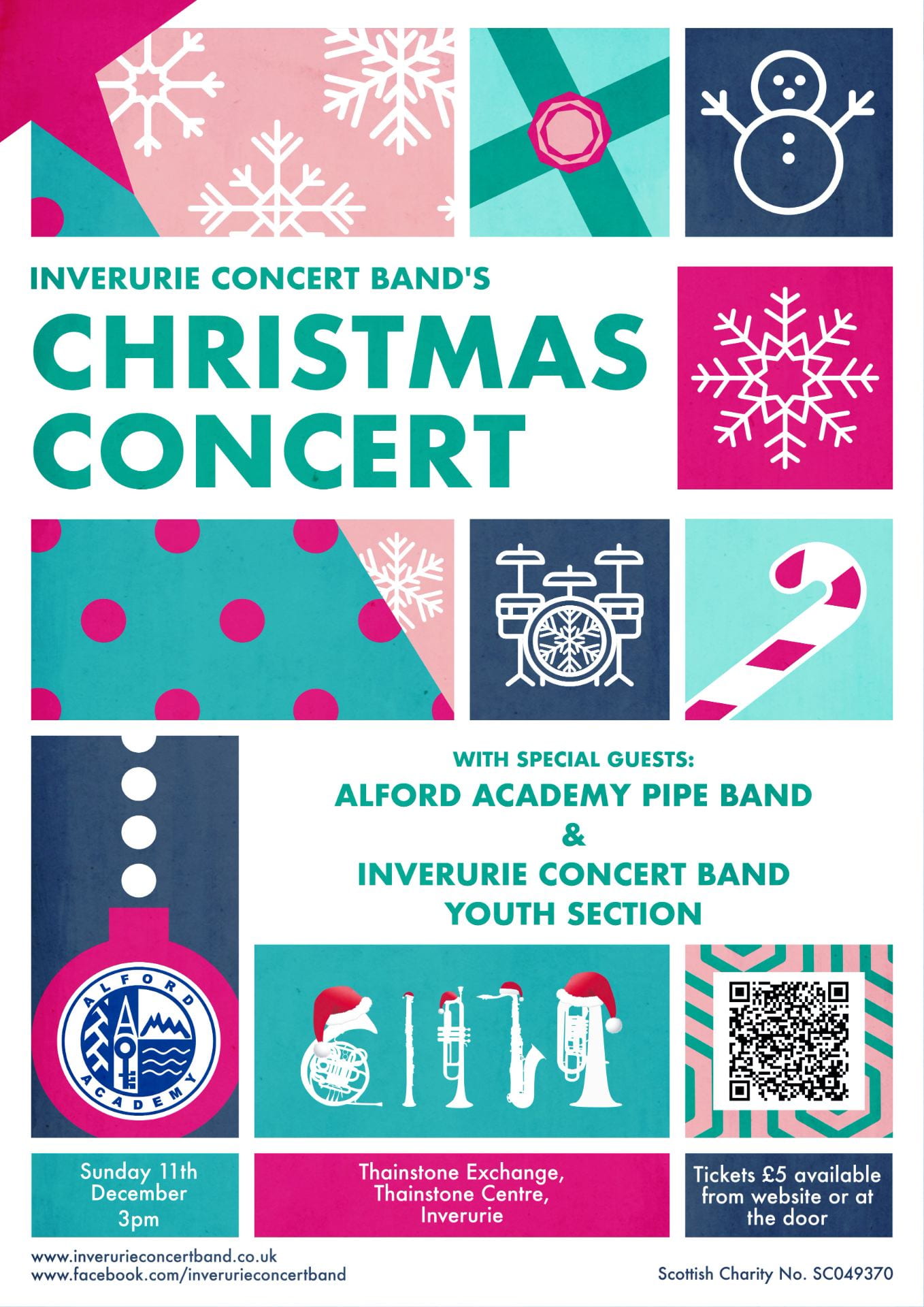