Well done to the Alford Academy Pipe Band who performed this afternoon with the Inverurie Concert Band at their Christmas Concert in the Thainstone Centre, supported by their tutors Ian Dallas and Scott Niven.  Playing Highland Cathedral, Amazing Grace and Celtic Crest to an audience of well over 200 people, the band were on top form.  For the majority of pupils, this was their first formal concert and the standard of playing was exceptional.  Three members of our school orchestra also performed with the band after missing out on our school concert due to its postponement last week.  Many thanks to Ian Dallas, Scott Niven, Hamish Wood, Ben Light and Nicola Tierney for rehearsing the pupils involved and for their support of the performing arts at Alford Academy. 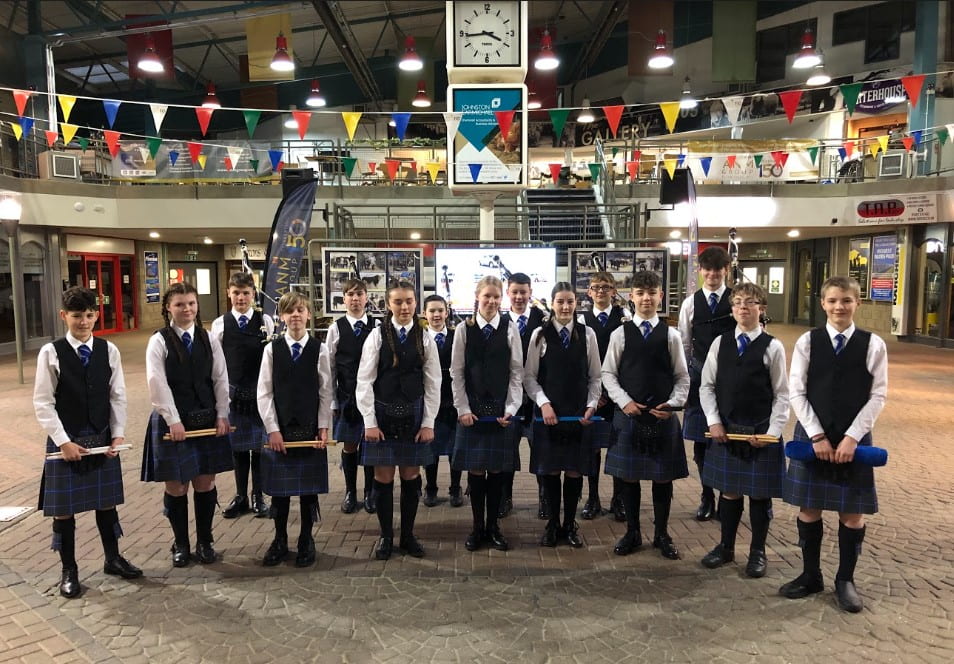