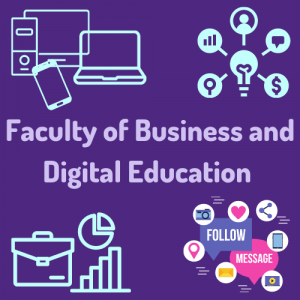 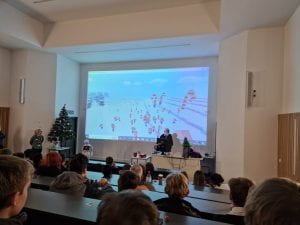 A brilliant afternoon was had at the RGU School of Computing and Digital Media Christmas Lecture.  Pupils were shown demonstrations of a robot called Pepper who uses AI to communicate.  He provided many entertaining interludes!  The next live demonstration was Augmented Reality, a combination of VR and MR with Adobe Aero, very impressive technology.  Next up was Ian who showed us a live cyber hack, in 3 countries, with each attack represented by a Minecraft character/turkey (see picture) and Kyle made us choose between a chatbot and a real santa to work out who was computer and who was human.  Some pupils ate their own body weight in Quality Street and won some really cool prizes, it was a terrific afternoon at the awesome Sir Ian Wood Building and we were wowed by the amazing facilities and impressive architecture.  We’ll be back next year.