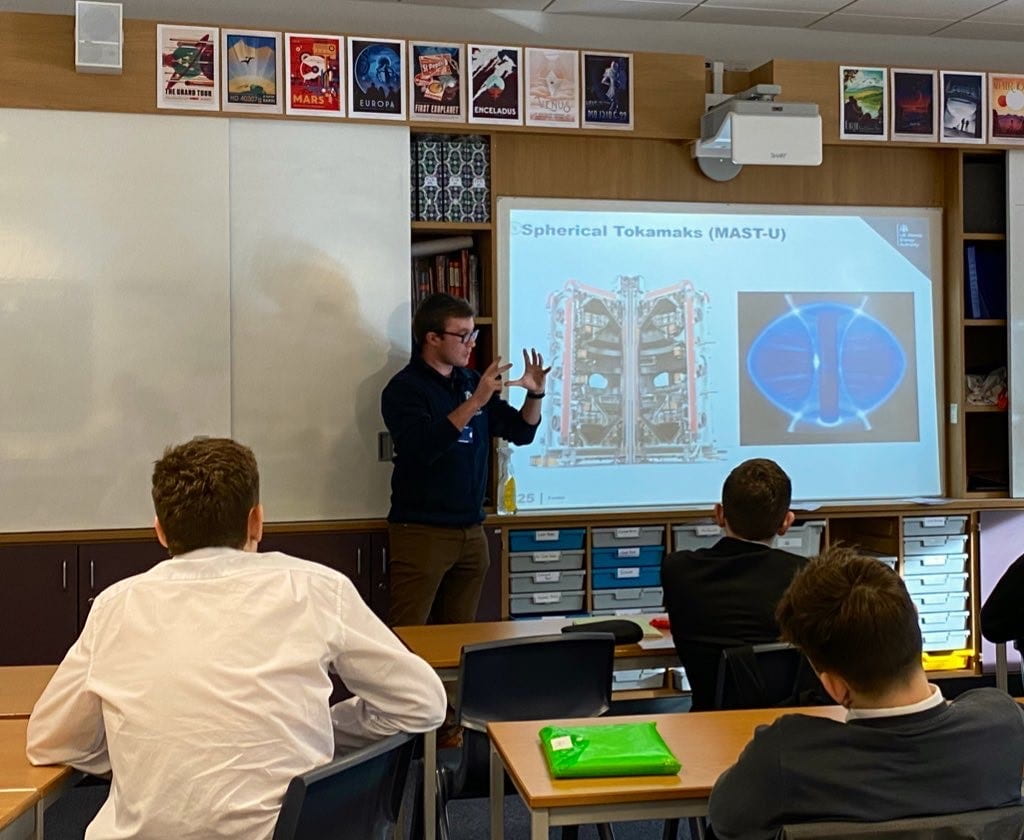 Last week, pupils in National 5, Higher and Advanced Higher Physics were visited by former pupil Callum to talk to them about current and future Nuclear Fusion research by the UK Atomic Energy Authority. 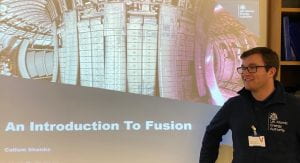 Callum spent much of his visit describing the process of nuclear fusion, explaining the two main ways fusion can be attempted, and exploring the challenges faced by scientists and engineers when conducting fusion. 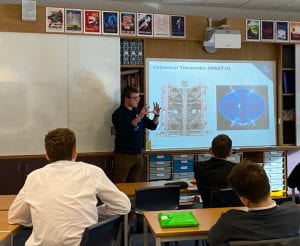 Some of the most interesting parts of the talks related to the scale of nuclear fusion: both the size of the equipment being used, and the temperature ranges involved. 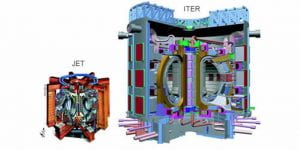 From discussions with the pupils both during and after the talk, it seems like a few more are invested in the idea of nuclear fusion research as a way of solving the future energy crisis.