Following the latest advice issued by the UK and Scottish governments this evening, NESCol can confirm additional measures in relation to Coronavirus (COVID-19).

From 9am on Tuesday (March 17) face to face teaching at the College will be suspended. Alternative methods of delivery are being finalised. Students are not required to attend but premises will remain open to students until Friday (March 20) for those who require access.

Updates and guidance will continue to be provided by email to students and staff, through www.nescol.ac.uk, College social media channels and MyNescol.

Pupils should attend school on Wednesday’s and follow their timetabled classes. Work for college should be carried out in study time and at home.

Please use the following guidelines in order to access work for college courses.

The link to blackboard – https://nescol.blackboard.com/

For those that have not accessed Blackboard their password would be initials and date of birth format:

All orders must be in by the 16th February. 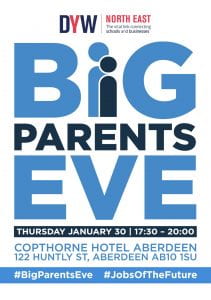 An opportunity for parents, carers, influencers and young people to

The evening will start with a networking session over an evening buffet with a wide range of stand holders who will include:

Please click on the link for more information and to register for free for this event.

Prelim Timetable (v1.0) and Information Letters for S4 and S5/6 can be found at the above link, as well as having been sent by email to parents.

The Alford boys senior football team recorded their first victory in over 2 years today in a hard-fought Scottish Shield Cup match against Aberdeen Grammar.  Alford found themselves 2 goals down in the first 10 minutes after some sloppy defending from a corner & being caught out from a long ball.  Alford’s midfield then started to get themselves onto the ball a bit more and put some pressure on the Grammar defence.

Keigan pulled a goal back for Alford after being gifted the ball on the edge of the box, his powerful low drive was tipped onto the post by the ‘keeper before rolling across the goal-line.  Devon pulled off a spectacular save to keep Alford in the game half way through the first half.

10 minutes before the break and Alford found themselves level after some neat interplay set up Liam, who saw his first shot parried by the ‘keeper before sweeping home with his left foot. There was an incident following the goal amid Alford’s celebrations, where a Grammar player was sent off for violent conduct & Liam was booked for his part in the stramash.

Marley was causing the Grammar defence problems and when he was brought down 25 yards from goal, Sean stepped up to expertly curl the ball round the wall and smash into the underside of the crossbar. 3-2 to Alford at half-time!

The second half was a tense affair as Alford failed to take advantage of the extra man.  At times, Grammar were outplaying them and looked as if they had the numerical advantage.  Grammar deservedly equalised in the 60th minute to set up a final third of the game that was end-to-end and not short of chances for both teams.

Ultimately, it was Alford that got the winner with 5 minutes left making the final score 4-3. Keigan found space in the box to fire it past the on-rushing keeper into the roof of the net to send the Alford team wild!  An excellent win and we’re all looking forward to the next round away to Elgin Academy.  The boys have another tough match this week – away to Peterhead in the North of Scotland Cup on Thursday.  Good luck!

Alford Academy has secured a number of tickets for the UCAS exhibition in Elphinstone Hall at Aberdeen University on Thursday 26th September.  A bus will depart the campus at 9.15am and return at approximately 1.30pm.  The event is free to pupils in S5 & S6 who wish to apply to university this year and will have displays, talks, and interactive stands  from UCAS experts, many universities, The Royal Conservatoire of Scotland,  employers and gap year specialists.

Please give your name to your guidance teacher ASAP to secure your place.

RGU are running the following sessions for S5 and S6 pupils :

Come along to Alford Library on  Wednesday Afternoons between 1pm and 3pm.

I look forward to seeing you there.

Individual exam timetables will be issued to pupils tomorrow.  Tomorrow is also the deadline for return of consent forms for study leave (S5 and S6 only).

If you have not yet made a return please see the relevant link below.  Pupils without returns will be denied study leave.

S5 and S6 pupils have the option of study leave. A reply slip is included at the foot of the S5/6 letter.

Powered by WordPress | Hosted by Edublogs | Protected by CloudFlare