For the latest local Jobs, Events and Resources opportunities Click Here to visit the Career Pathways section of the Alford Blog.  This is updated weekly.   Remember to regularly visit My World of Work, Apprenticeships.scot and the Young Person’s Guarantee Opportunity Finder to view new opportunities as these go live.

Interested in a career in Finance?  AAB have a number of opportunities available to you…..

AAB have just opened applications up for their Apprenticeship Scheme.  Please click the following link for more information – https://aab.uk/careers/students-graduates/apprenticeship/ The closing date for applications is 10 March.

AAB are also holding an open evening in their Aberdeen office on Thursday 16 February at 6pm.  Please click the following link for the invitation which has a link on how to register –  AAB Aberdeen Apprentice 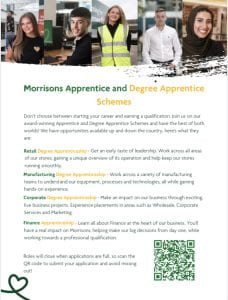 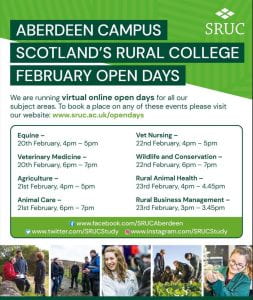 To book a place on any of these events please visit www.sruc.ac.uk/opendays 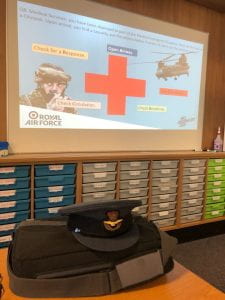 Pupils were given an insight into the variety of careers available within the RAF.  Flight Lieutenant Morris explained the important role of the RAF in Humanitarian Aid Missions across the world.

During the lesson the pupils were tasked with a scenario based challenge whereby they were given a mission brief that outlined that a (fictitious) Caribbean Island has been hit by a storm.  The Island’s emergency services were struggling under the pressure and much of the infrastructure had been destroyed.  The RAF were being deployed to coordinate the provision of aid throughout the country and work with the hospitals to deal with the casualties.

The pupils were tasked with a series of questions to assist the RAF in deploying a variety of aircraft and specialists to help with the Humanitarian Aid Mission on the Caribbean Island.  Through their answers the pupils decided what personnel, aircraft and resources should be deployed and were able to explain their reasoning. 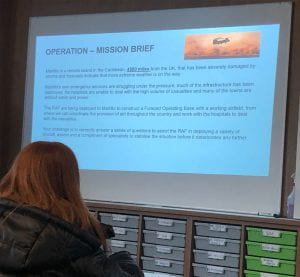 The pupils fully engaged with the exercise and the feedback was positive.  Pupils asked a range of questions about the variety of careers available within the Royal Air Force.

Thank you to Flight Lieutenant Morris for coming into Alford Academy today.

Are you interested in finding out more about our undergraduate courses in nursing, midwifery and paramedic practice?

We are running a bespoke Visit Afternoon on Wednesday 18 January, 12:00 – 15:00 at our Ishbel Gordon Building on our Garthdee Campus and would love for you to join us.

At the event you will have the opportunity to:

If you have any questions regarding our Visit Afternoon, please don’t hesitate to contact us by emailing: visit@rgu.ac.uk