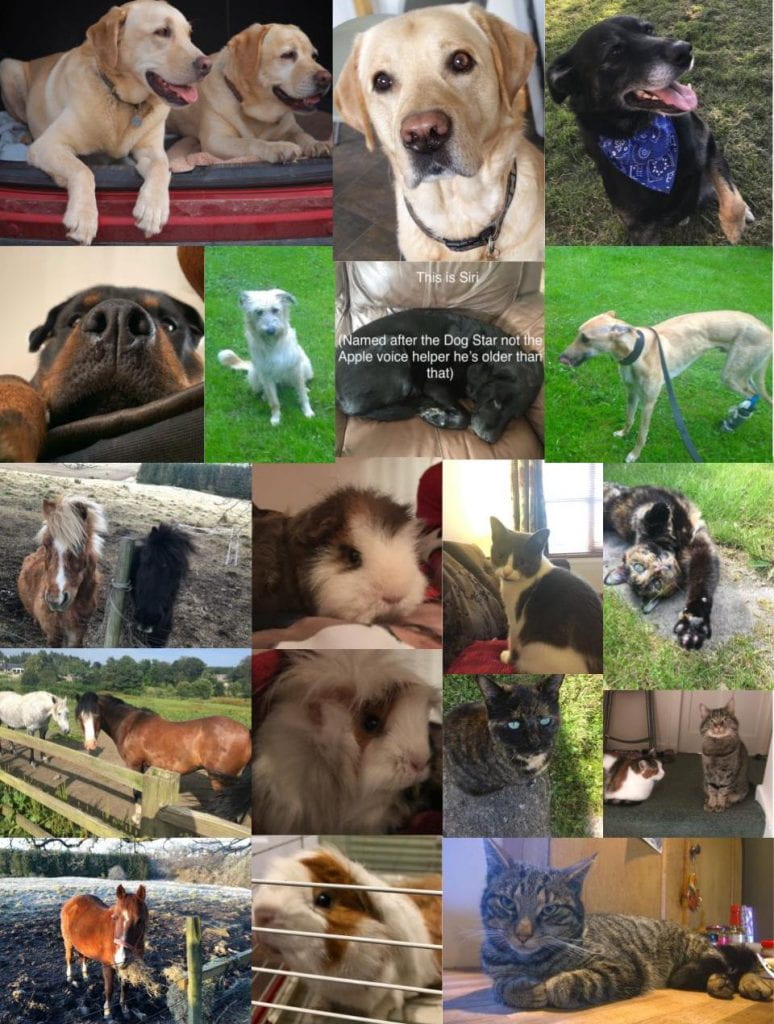 StoryCon is a free creative writing and illustration conference for young people, organised by young people. It is hosted by The Scottish Book Trust and Book Week Scotland and this year it’s all moving online!

This is open to young people aged between 13-19 who are based in Scotland and have a love of writing, drawing or being creative. It will also give you the chance to get together digitally with other teens across Scotland and be part of a creative community.

You can take your pick of workshops and there will also be on demand content to watch.

It runs across two days: 18th and 19th June and you can book your place at eventbrite.co.uk.

You can also find it as an event on Facebook.

The Alford boys senior football team recorded their first victory in over 2 years today in a hard-fought Scottish Shield Cup match against Aberdeen Grammar.  Alford found themselves 2 goals down in the first 10 minutes after some sloppy defending from a corner & being caught out from a long ball.  Alford’s midfield then started to get themselves onto the ball a bit more and put some pressure on the Grammar defence.

Keigan pulled a goal back for Alford after being gifted the ball on the edge of the box, his powerful low drive was tipped onto the post by the ‘keeper before rolling across the goal-line.  Devon pulled off a spectacular save to keep Alford in the game half way through the first half.

10 minutes before the break and Alford found themselves level after some neat interplay set up Liam, who saw his first shot parried by the ‘keeper before sweeping home with his left foot. There was an incident following the goal amid Alford’s celebrations, where a Grammar player was sent off for violent conduct & Liam was booked for his part in the stramash.

Marley was causing the Grammar defence problems and when he was brought down 25 yards from goal, Sean stepped up to expertly curl the ball round the wall and smash into the underside of the crossbar. 3-2 to Alford at half-time!

The second half was a tense affair as Alford failed to take advantage of the extra man.  At times, Grammar were outplaying them and looked as if they had the numerical advantage.  Grammar deservedly equalised in the 60th minute to set up a final third of the game that was end-to-end and not short of chances for both teams.

Ultimately, it was Alford that got the winner with 5 minutes left making the final score 4-3. Keigan found space in the box to fire it past the on-rushing keeper into the roof of the net to send the Alford team wild!  An excellent win and we’re all looking forward to the next round away to Elgin Academy.  The boys have another tough match this week – away to Peterhead in the North of Scotland Cup on Thursday.  Good luck!

As you may know, Alford Academy has a wide variety of clubs ranging from football to songwriting, there is something for everyone. Please take a look at the list below and see if anything interests you. It is really important that you take all the opportunities presented to you at school so that you enjoy yourself and reach your full potential. Feel free to try as many clubs as you wish, but some require consent forms so make sure you fill them out if required. 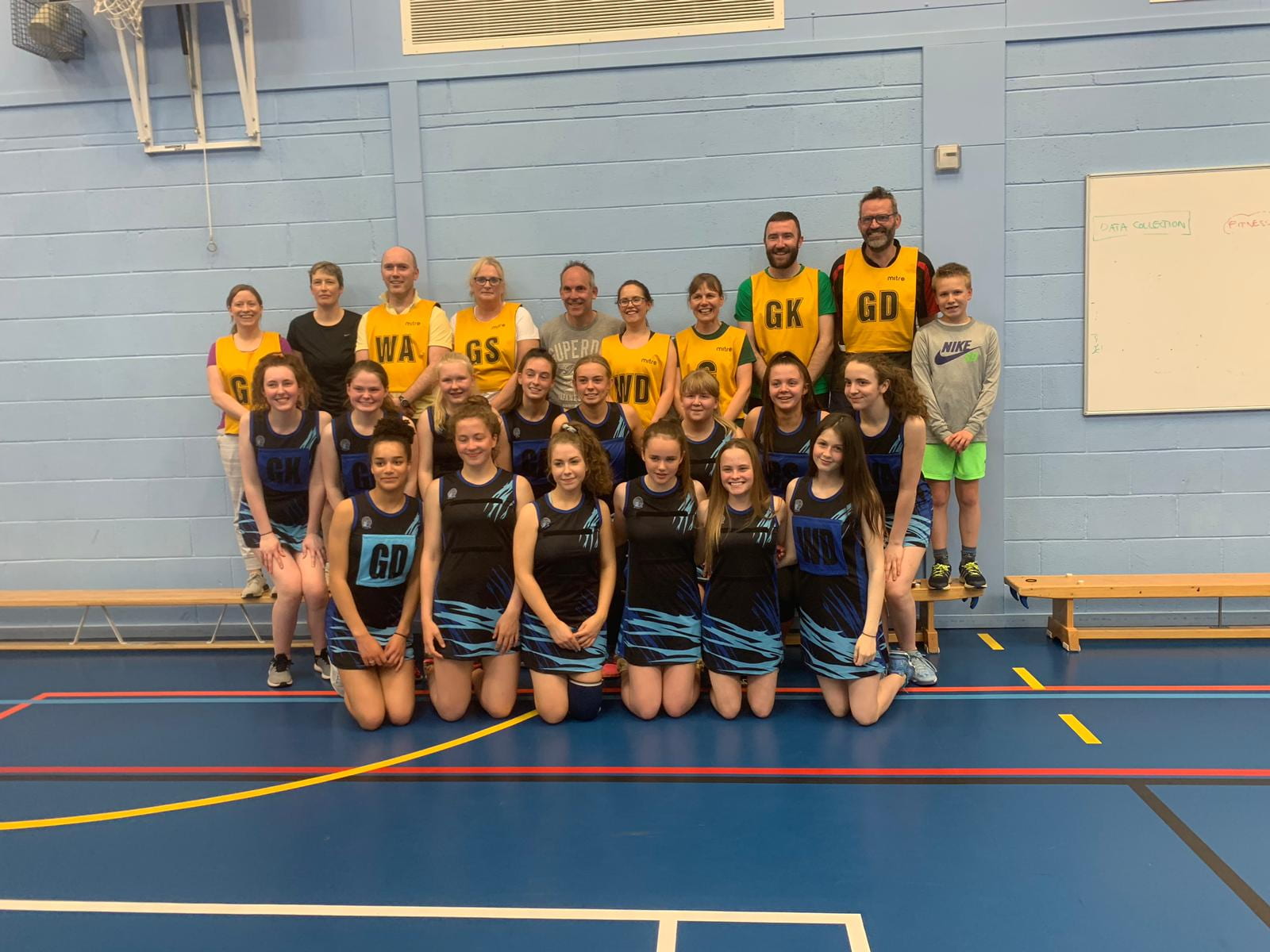 This a win with a difference however.  Yesterday was the 2019 Alford Netball Challenge which saw a select group of staff take on our pupil netball teams.  All matches were close fought, but in the end… and we can’t quite believe we did it…. the staff won, by one point.  We are very proud of our pupil netball teams, and we thank you all for being such great sports!  A huge thank you to all the parent volunteers who have faithfully invested so much of their time in developing the teams. 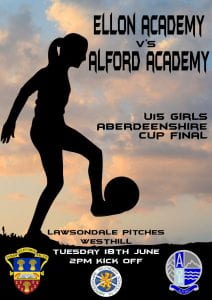 Now it’s the turn of our U15 girls to reach a cup final!
Alford Academy face Ellon Academy in the final of the Aberdeenshire cup. Kick off is 2pm on Tuesday 18th June at Lawsondale Pitches, Westhill.  Support would be most welcome! 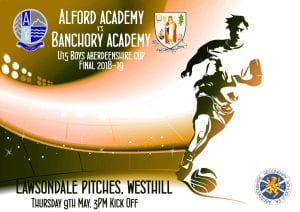 There’s a big week ahead next week for our U15 boys football team.  They host Inverurie at home for a league match on Tuesday and then the main event, the Aberdeenshire Cup Final, is on Thursday 9th May against Banchory Academy. Kick off is at 3pm at Lawsondale Pitches, Westhill.  All support for the boys is welcome.

The U15 Boys football team have played 2 important fixtures over the past week, coming out on top in both games.  On Thursday, a tricky away league trip up to Fraserburgh ended with a 2-1 victory to Alford with goals coming from Sean and Keigan either side of a Fraserburgh goal.

Despite being reduced to 10 men with half an hour still to play, the Alford defence stayed resolute under pressure and the team worked incredibly hard for each other to hold onto their 2-1 lead. A well-deserved stop off at the Mintlaw Chipper raised their spirits further!

On Monday, Alford faced Mackie Academy in an Aberdeenshire Cup semi-final at home.  After a shaky start, Alford took the league with a great finish from Marley after a lovely knockdown from Keigan.  Mackie got themselves back into the game a few minutes with a close range finish at the near post.  It was not long until Alford found themselves back in the lead, with another goal from Marley after some excellent work by the Alford midfield three.

The game was played at a frantic pace with a few tasty challenges from both sides.  Alford managed to get their 3rd goal of the game after some fantastic wing play by Keigan as he took on 2 men before firing in a cross that was converted by Ciaran sending the ball into the top corner.  Half time: Alford 3 – 1 Mackie.

Alford put the game beyond doubt midway through the second half with a penalty from Harvey.  Marley had looked set to score a memorable hat-trick before he was taken down inside the area for the penalty.  Alford had a number of chances to increase their lead but could not take advantage and it was Mackie who scored the 6th goal of the game with 5 minutes to go.

Full time: Alford 4 – 2 Mackie. The boys worked extremely hard for each other and it was great to hear them being so positive and encouraging one another throughout both games.  Well done boys!  They now face Banchory in the final, date TBC.

Further to a recent ‘Well-being Focus Week’ and increased interest in clubs and activities, I share with you those on offer to young people at Alford Academy through to the end of this term, along with the Application-Consent Form. If you have any queries or can offer to lead or support clubs please contact me via e-mail at peter.young@aberdeenshire.gov.uk. I look forward to seeing pupils at the clubs and activities listed. Posted on behalf of Pete Young, Active Schools Co-ordinator, Alford Community Campus. Alford Academy Clubs Spring 2019 (002)-1zpnrji Application-Consent Form Central Aberdeenshire (003)-2j3zbbk Application-Consent Form Central Aberdeenshire (003)-2j3zbbk